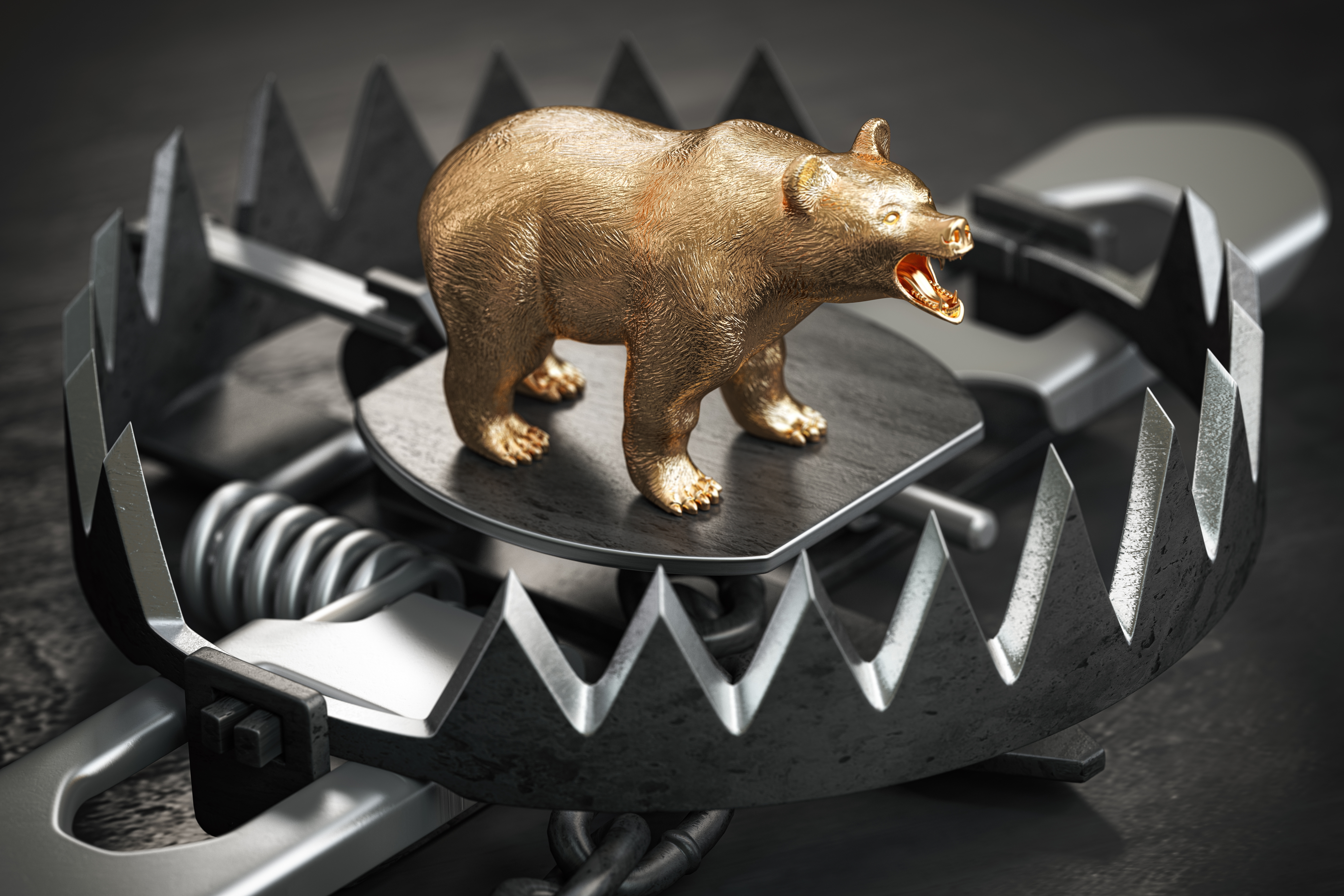 Don't Step Into This Bear Trap!

"Cathie Wood's ARK Innovation ETF is up 20% in just a few days!"

The news anchor was nearly breathless explaining the power of last week's market rally. You may have even heard similar comments yourself.

After just a few days of positive momentum, it seems like everyone is getting excited about the market again.

Quite frankly, that's not a good thing — not for the most speculative investors anyway.

Today I want to show you a better picture of what’s happening and steer you away from one of the most dangerous traps in today's market.

I tried not to laugh when I heard about the ARK Innovation ETF (ARKK) performance. It's not really funny because so many people have lost money with this fund.

But it's ironic that so many investors are excited about this bounce given the fund's performance overall.

If you're not familiar with Cathie Wood or her ARK Innovation ETF, that's probably a good thing.

ARKK is a heavy investor in disruptive tech plays. And the fund made headlines in 2020 as investors flocked to speculative work-from-home stocks.

The fund’s manager Cathie Wood built a reputation for paying any price to buy shares of her favorite companies.

Unfortunately for ARKK investors, price does matter. As prices for these speculative tech stocks dropped, so did the ARKK share price.

As of Wednesday's close, the fund was down 79.6% from its all-time high. And then the fund enjoyed a "breathless" 20% rally.

To put this rebound into perspective, I posted a chart of ARKK on my Twitter feed. (You can follow me here.) 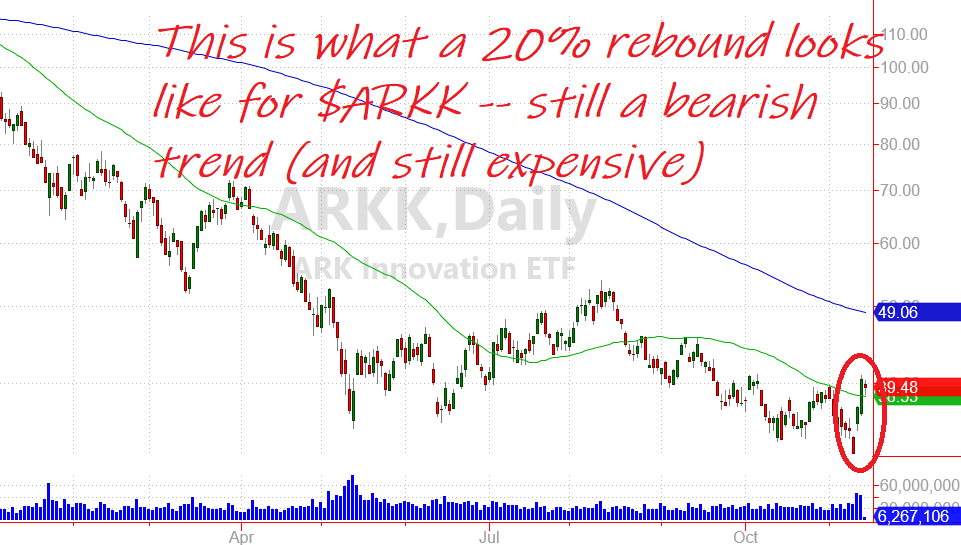 As you can see, the 20% rally barely puts a dent in ARKK's overall decline. That might seem confusing, so let's take a look at how these percentages work.

Here's Why You Manage Risk

The pitiful performance of Cathie Wood's fund is a good example of why we manage risk, especially during a bear market.

ARKK dropped almost 80% from the 2021 peak through Wednesday's close.

Now, if the fund rebounds by 20%, you might think that you're making back a quarter of your loss.

After all, 20% is one-fourth of the 80% that ARKK declined. But that's not how the math works.

When the market closed on Wednesday, your investment would only be worth $20. So a 20% advance off of the smaller investment amount gives you a smaller gain.

In real life, that 20% advance would leave you with just $24 — still a 76% decline from your original investment.

You see, compound interest helps you grow your wealth exponentially as you reinvest your gains for even bigger profits.

But that same concept works against you when losses mount.

You now have less capital available to take advantage of bear market rallies. And this is why it’s so critical to protect your hard-earned wealth during times like this.

Don't Step Foot on the ARKK

With speculative technology stocks sharply lower and the market showing signs of life, it's tempting to buy into ARKK hoping for a big rebound.

But that's one of the riskiest things you can do with your investment capital!

If you look closely at the ARKK fund’s largest investments, you'll see that Cathie Wood is still throwing caution to the wind and owns stocks with way too much risk.

Here's a snapshot of the five biggest positions ARKK invests in. 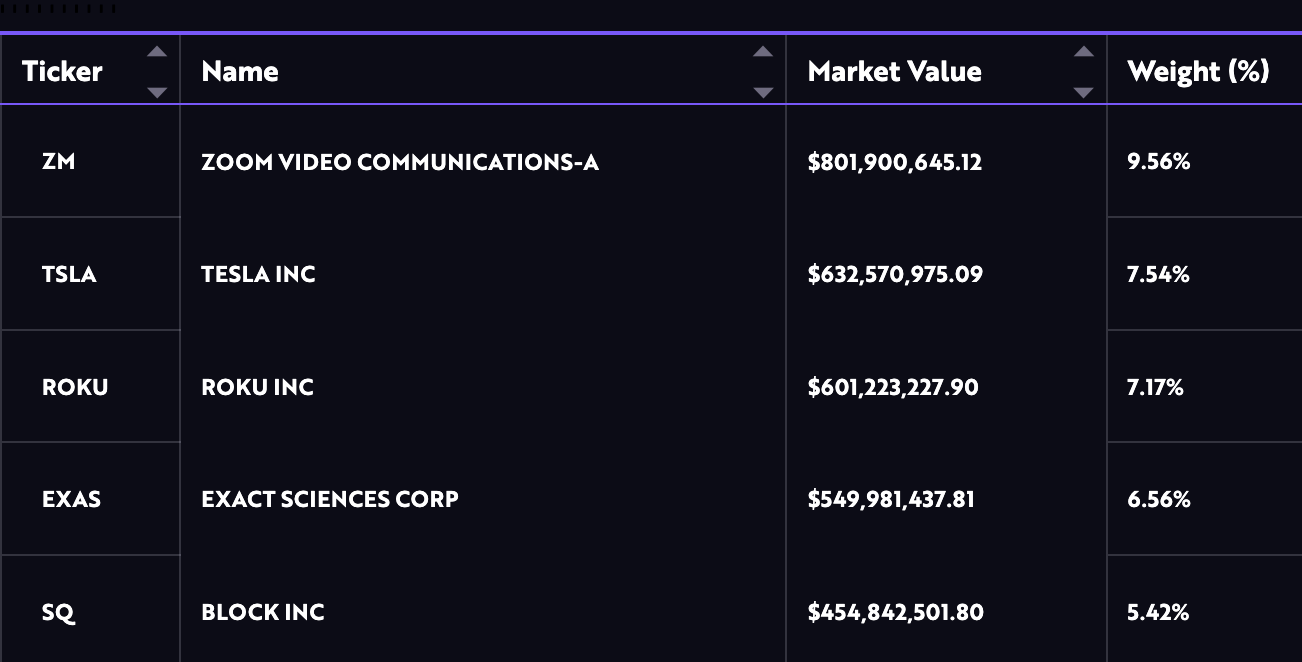 And here’s a quick rundown of my thoughts about each of these stocks:

Now I've got nothing against Cathie Wood or tech stocks in general. In the right seasons, these stocks can make you a lot of money.

But today's bear market continues to punish speculative tech names. And I don't expect that to change any time soon.

So please don't fall for this bear trap — or other speculative investments like it.

Instead, focus on the high-quality companies we feature here at Rich Retirement Letter like energy plays, gold miners, industrial companies and defense contractors.

By investing in companies that are actually turning a profit (and paying reasonable prices to buy shares) you'll do a good job protecting your wealth in today's challenging environment.

The collapse of the crypto exchange FTX is the biggest economic and financial story in the world today. 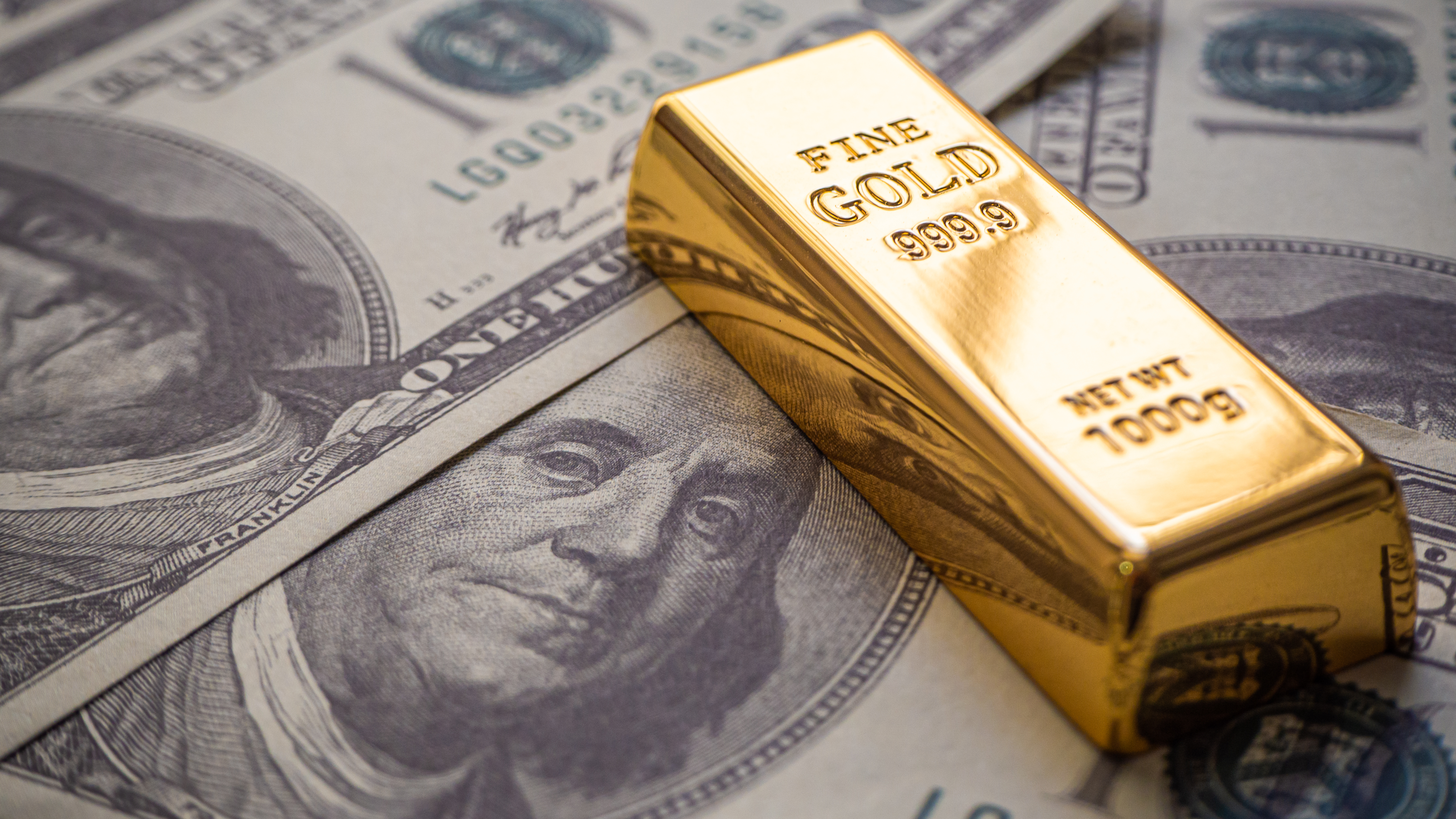